Given that the Orlando International Airport MCO is an extremely vital airport in the region, its size comes as no surprise. In fact, it is the largest in the state of Florida. With that being said, it makes sense that the architecture of the MCO Airport has been very intricately designed.
The Orlando International Airport is made up of one main terminal and four satellite terminals. The satellite terminals are where the gates to the flights are and where passengers arrive at. The transportation system between the main terminal and the satellite terminals is in the form of shuttle trains, better known as Automated People Movers (APM). The trip takes a few minutes, and the trains make these back and forth trips constantly.

Within the main terminal, there are two opposite “sides” or terminals – Terminal A and Terminal B. Each terminal has three levels, offers different services, and hosts the check-in counters of different airlines.

In Terminal A, the first level is occupied by a baggage claim area, car rental agencies, and designated areas for buses, taxis, shuttles, and other taxi services such as Uber and Lyft. The second level also contains baggage claim carousels, a ‘service animal relief area’, and yet another designated area for independent taxi services like Uber. The third level is mainly occupied by gates. There is additionally a parking level (R-1) that includes some airline check-in counters, mainly for domestic flights. 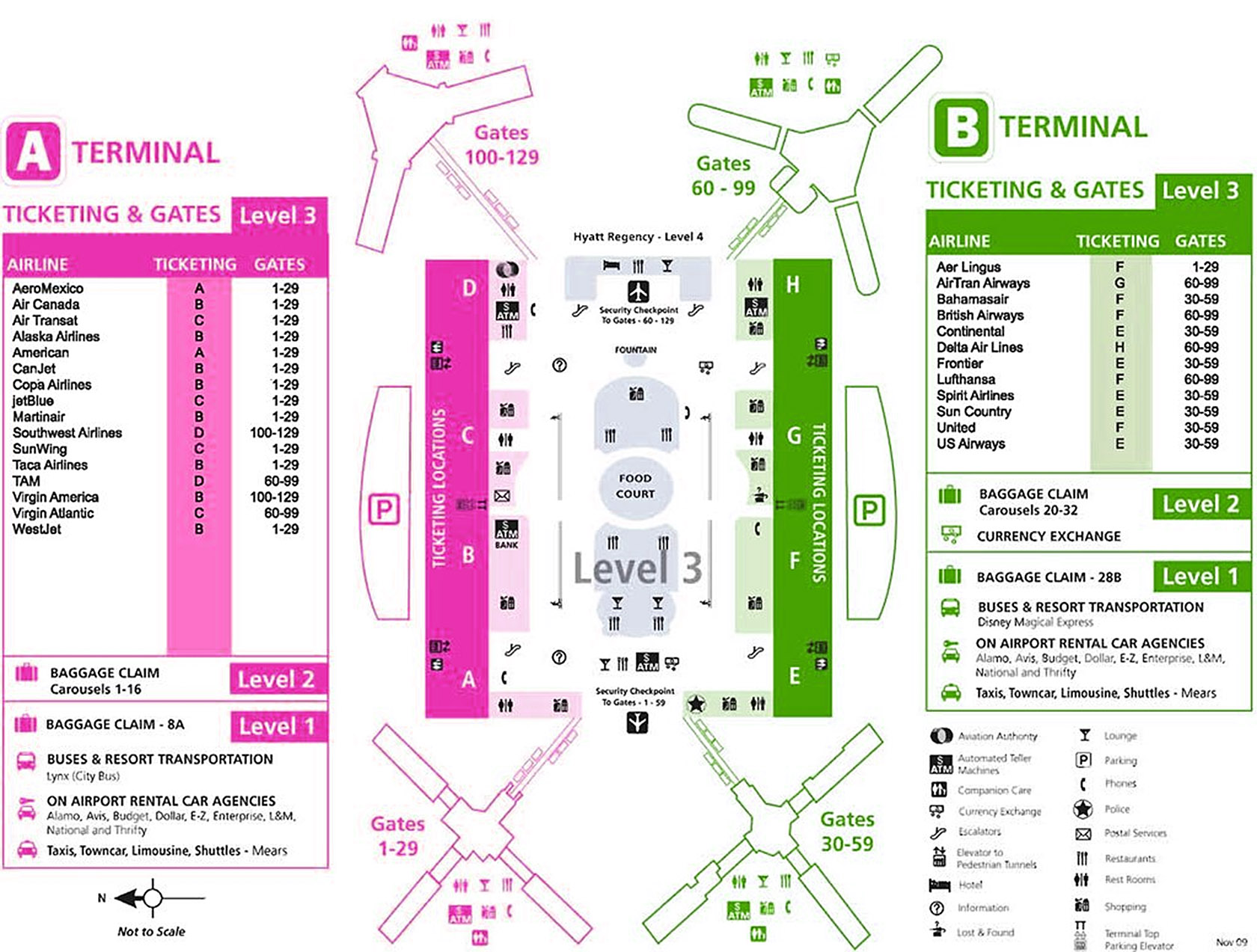 In Terminal B, level 1 is occupied by the same things occupied by level 1 in Terminal A, in addition to baggage storage, stroller and pushchair rental, and a resort transportation option (special shuttles for resorts). Level 2 also contains the same thing as the second level in Terminal A, in addition to a nursing pod. And lastly, level 3 contains gates as well. The same goes for the additional parking R-1 level of Terminal B, it offers the same services (check-in counters, mainly for domestic flights) but of different airlines.
These are the main things that can be found on each level of both terminals. 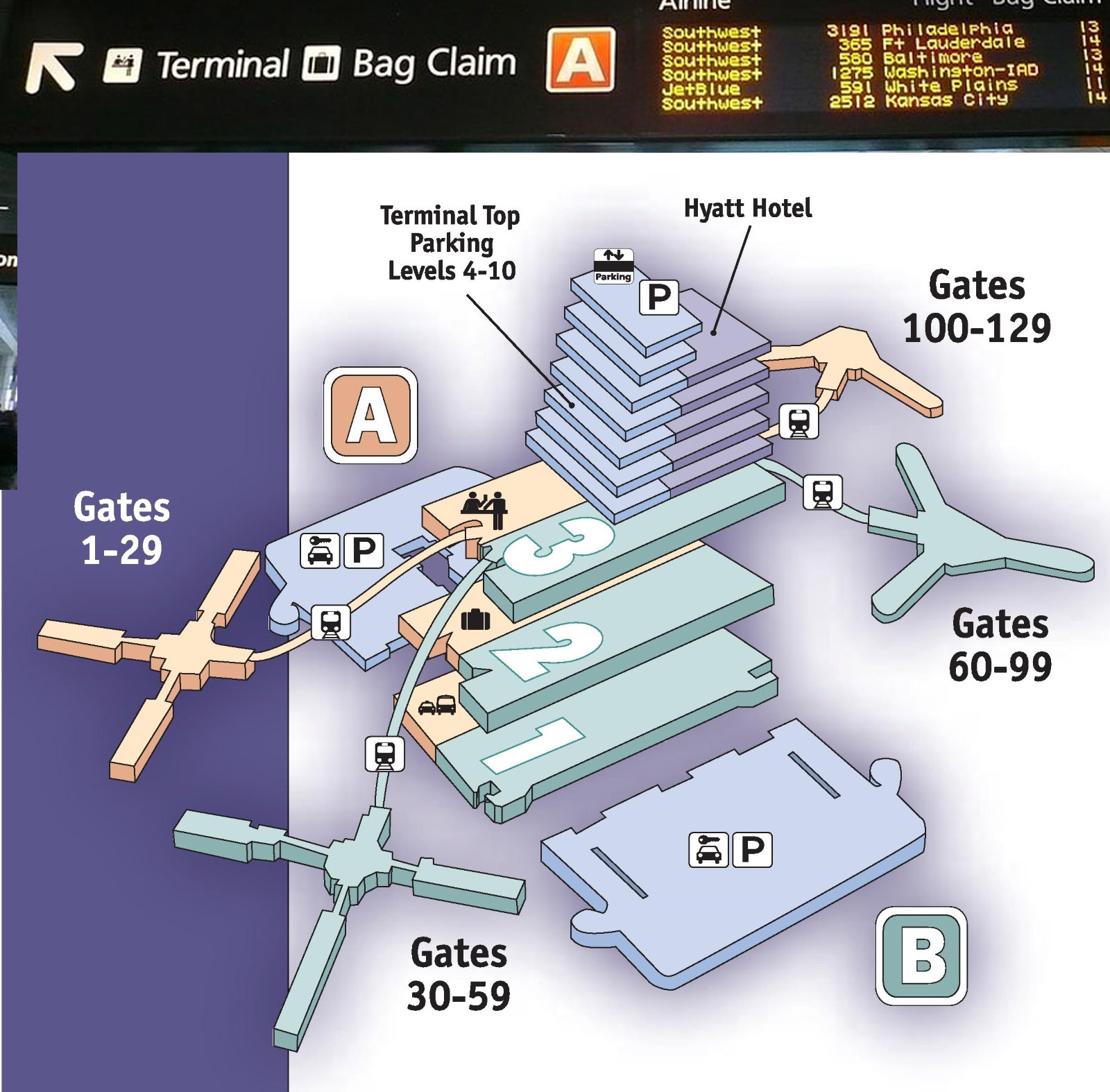 The amenities in each terminal mco airport

In both terminals, additional amenities can be found. For instance, the food court, shopping stores, currency exchange offices, restrooms, and lounges. Further, you may also find spas, quiet rooms, chapels, ATMs, and pretty much anything else that is required to make your trip as comfortable and as convenient as possible. 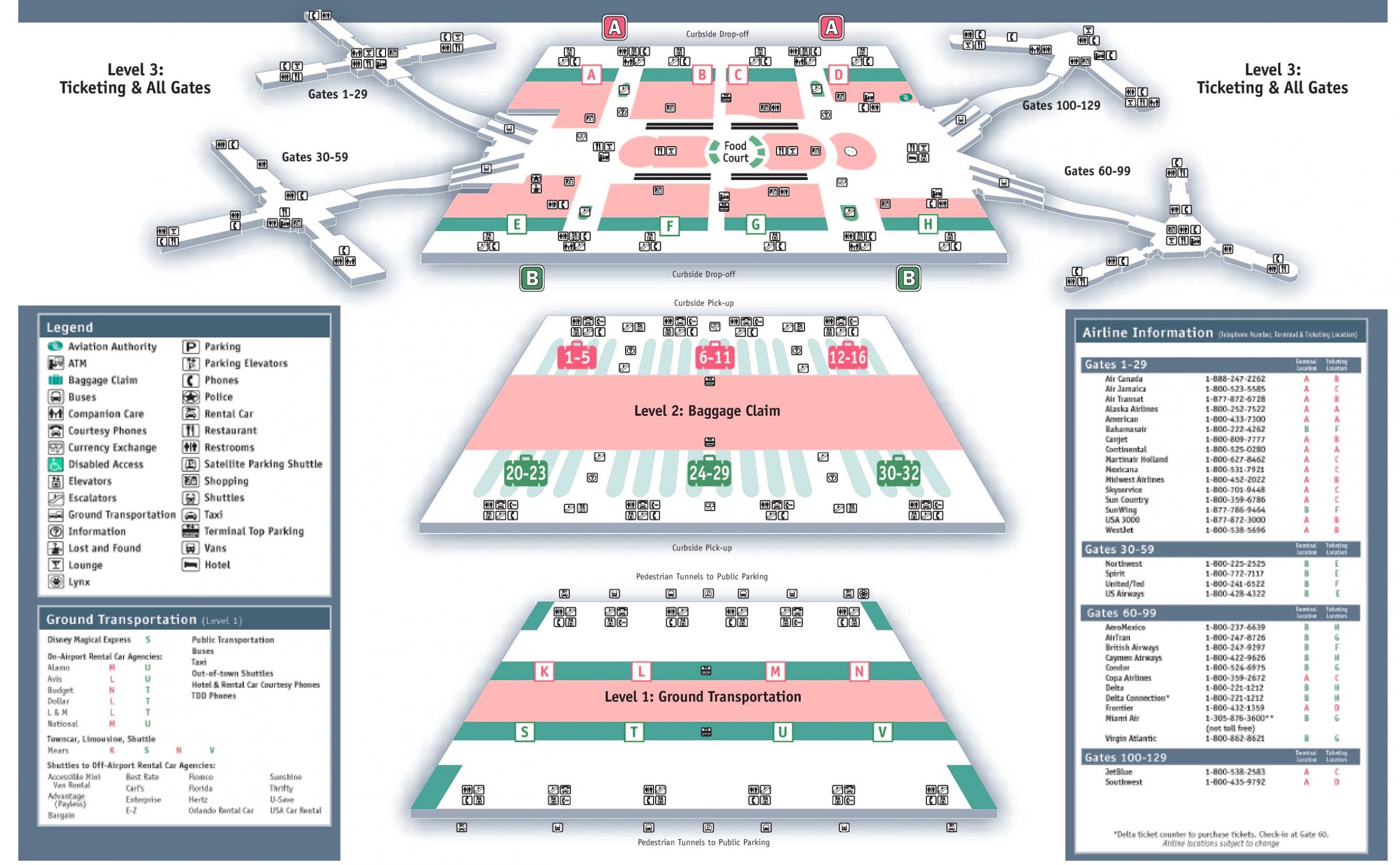 It may seem intimidating at first, but once you get there, you’ll realize that the Orlando International Airport has been designed for comfort and accessibility. The amenities offered are on both Terminal A and Terminal B, and even at the satellite terminals. This allows you to find anything you want within a hand’s reach, wherever you are in this magnificent airport!